This post first appeared on the USNI Blog here.

A couple months ago, retired Army Lieutenant General, and former National Security Advisor, H.R. McMaster argued that the American people are being fed a narrative of “war weariness” and its hindering our brilliant strategy in Afghanistan. He told the story of a young student—a millennial, no doubt—who stood up at a town hall debate and said all he’s ever known is war. “Now, he’s never been to war, but he’s been subjected, I think, to this narrative of war weariness,” McMaster said.

As I sit here trying to write this watchbill, all I can say is . . . Amen. Apparently, we’re supposed to believe so-called “science” that people need an adequate amount of sleep to function. I guess we’re all going to act like aviators now? If so, then put some teeth in regulations and let’s see the resources. Meanwhile, I’ll keep doing cheetah flips and multivariable calculus to make this watchbill work.

Letting sailors get enough sleep is all the rage right now. Ever since the Navy mandated a switch to circadian watch rotations in 2018, I’ve been required to let everyone on board to get seven hours of sleep a night. SEVEN HOURS!! What is this? Club Med? These millennials and their research are getting out of hand. If I can’t have an ensign conn the ship 160 feet alongside an oiler on two hours of sleep over three days, I’m not even sure I want to be in this kinder, gentler Navy. How am I supposed to man a bridge watch team when everybody is snuggled up in their racks?

Getting a healthy amount of rest is all well and good, but when was the last time you tried to man all the ship’s watchstations required by our various navigation, engineering, combat systems, and operational instructions? I guess I’ll just pluck a few more sailors from the magical sailor tree on the fantail. Oh wait, there’s no tree back there . . . just an aft lookout asking where his relief is. Who am I kidding? I’ll just do what we always do: borrow sailors from other ships to fill in the gaps!

Until the surface community has something akin to Naval Air Training and Operating Procedures Standardization (NATOPS), nothing is going to change. The no-kidding crew rest requirement in NATOPS forced sleep to be woven into naval aviation culture. It drives operations. Commanders don’t even consider violating pilots’ crew rest except in the most extreme circumstances. Without NATOPS, we’d be waking up pilots to attend the menu review board. It also drives resourcing. Aviation squadrons maintain enough qualified pilots to meet mission requirements without violating crew rest. Surface warfare culture isn’t limited to the lifelines of a ship. It extends to the Pentagon, to Newport, and fleet headquarters around the globe. If you’re serious about giving sailors seven hours of sleep every night, then allocate the resources to meet our 24/7 operational demands. In the immortal words of Commodore Jerry Maguire:

By the way, we’ve been talking about the importance of sleep for years. Now, it looks like there’s real potential for change in our culture. If you give me enough sailors to make it happen, I’m happy to let everyone get seven hours of sleep. And without a regulation with real “teeth,” our operational tempo, not to mention those administrative distractions we all love to malign, will eventually erode those seven hours. Otherwise, lets all agree to drop this “tired sailor” narrative and let me write a watchbill that I know will work.

This post originally appeared on the USNI Blog here.

I am formally announcing my candidacy for the 32nd Chief of Naval Operations.

I know, I know. I hear what you’re saying. Holy cow, would this guy just PLEASE STOP?!? Yeah, well that’s what the master of this merchant said in Canada, so deal with it:

When Admiral Bill Moran suddenly announced his retirement, declining his widely popular nomination to be the next CNO, I sensed an opening. You see, Admiral Moran committed that egregious sin of having communicating with a person who had been held accountable for allegedly acting like a creepster— allegedly groping women at a drunken holiday party. You heard that right. He maintained a professional relationship with an alleged groper.

Now, the Secretary of the Navy has to move quickly before the current CNO’s term expires on 17 September, leaving less than 30 working days for the Senate to confirm a nominee. He’s even opening up the pool of candidates to three-star admirals. That’s smart. We have a talented stable of vice admirals from which to choose. Arleigh Burke was selected to be CNO when he was a two-star! Why not dig a little deeper and select a lieutenant commander? The only problem is now there are more candidates for CNO than Democrats running for president in 2020.

Could any of them be CNO in today’s Navy?

And now we have one more. Hear me out!

First, you won’t have to worry about me maintaining a relationship with any alleged gropers. I won’t try to mentor anyone. I literally have no friends. Have you read the comments lately? No one likes me. And I’m pretty sure every CO I’ve ever had is frantically deleting all of my texts and emails. I am an island, and islands have no liabilities.

Second, I won’t cut and run at the first sign of trouble. Seriously, I started a blog criticizing the entire Navy and several flag officers. You think I’m going to be sidelined easily? I don’t buy into this new trend of simply retiring when the media starts talking about something you did that somebody, somewhere might find offensive. Hell, I’m not even eligible for retirement. If I get fired, I get nothing. BTW, question for all you social justice warriors out there: If you really believe Admiral Moran did something wrong, how has he been held accountable? He wasn’t allowed to be CNO? He’s retiring with four-star benefits. What does that say about our Navy culture that anyone could describe this as accountability? In truth, I don’t think anyone believes, nor cares, that it is accountability. Its just social media blood. A show for the coliseum.

For the record, I don’t believe Admiral Moran did anything that required further accountability. I started a Twitter hashtag #keepCNOMoran but it didn’t stick. I guess nobody believes they can change what’s happening around them. Now you get me. And you know I love the Navy. If I’m bitter, it’s the Navy’s fault. I’m a millennial, it CAN’T be my fault.

And guys, I have an autonomous warbot from the future at my disposal!

So, there you have it, Navy. I could be your next CNO. Spread it on Twitter, the CO’s suggestion box, the 1MC! Pilots, quit drawing sky genitalia and share this message: #Salty4CNO!

Together, we can Make the Navy Salty Again!

I am The Salty Millennial and I approved this message.

Sorry! This has nothing to do with CNO or SECNAV. BUT, there IS a new Salt Force One episode. Here’s the skinny on the new SalFO: 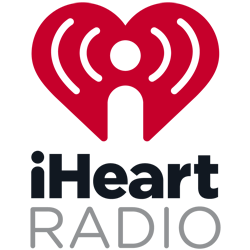